Emalex is committed to addressing unmet medical needs by developing novel treatments for central nervous system movement disorders and fluency disorders. We partner with patient advocacy organizations to raise awareness of these disorders and support their education outreach and communication efforts.

Eric Messner is Chief Business Officer at Emalex Biosciences.  Mr. Messner is also Senior Vice President of Business Development at Paragon Biosciences, where he advises early-stage portfolio companies on their commercial operations and completes due diligence for new investment opportunities. He came to Paragon with a long and successful career in the pharmaceutical industry.

Mr. Messner previously served as CEO of Anagin, LLC, which develops drugs for post-traumatic stress disorder and traumatic brain injury.  He also served as General Manager & Executive Vice President of Sales and Marketing for OPKO Health, where he had commercial responsibility for the renal division and urology laboratory division. Earlier in Mr. Messner’s career, he was a founder & Vice President of Marketing and Commercial Operations of Proventiv Therapeutics, which was acquired by Cytochroma. At Cytochroma, he was Vice President of Commercial Operations and later the Chief Operating Officer and helped lead the sale of Cytochroma to OPKO Health. Mr. Messner also previously held senior marketing roles at Bone Care International and Abbott Laboratories.

Mr. Messner earned his MBA from the Kellogg School of Management at Northwestern University and his Bachelor of Science in Business Administration from Miami University. 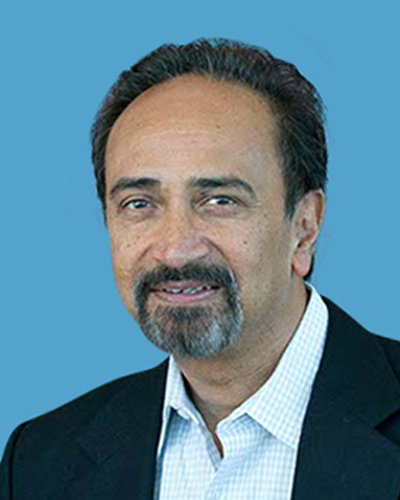 Dr. Mahableshwarkar is a board-certified adult psychiatrist who was formerly an Associate Professor and Vice Chair of the Department of Psychiatry and Behavioral Sciences at the Chicago Medical School of Rosalind Franklin University. Previously, he also led mental health services at the former North Chicago VA Medical Center, providing care to patients with psychiatric disorders.

Dr. Mahableshwarkar has nearly two decades of drug development experience. Prior to joining Emalex, he served as Vice President of Clinical Development at Revance Therapeutics and BlackThorn Therapeutics; Senior Medical Director at Takeda Development Center Americas; as well as Director of Clinical Development at GlaxoSmithKline and Janssen Pharmaceuticals. Dr. Mahableshwarkar has designed and conducted global clinical trials in Alzheimer’s disease, anxiety disorders, bipolar disorder, major depression, Parkinson’s Disease and schizophrenia and led the development program resulting in the approval of a novel antidepressant. He is a founding member of the International Society for CNS Clinical Trials and Methodology (ISCTM) and the CNS Summit.

Dr. Mahableshwarkar is a graduate of the Armed Forces Medical College in India and completed a residency in adult psychiatry and a fellowship in neuropsychiatry at the Chicago Medical School of Rosalind Franklin University. 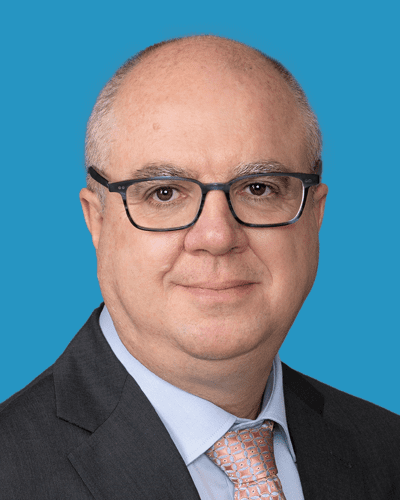 Jay White serves as the Vice President of Chemistry, Manufacturing and Controls (CMC) at Emalex Biosciences. He oversees all aspects of drug substance and drug product research and development.

Dr. White has over 20 years of experience in pharmaceutical product development, including CMC and non-clinical activities. Previously, he served as Vice President, Product Development at OPKO Health Inc., Renal Division. Prior to that, Dr. White held various positions at Cytochroma Inc. over a 16-year period, including Vice President, Product Development and Vice President, Operations. During his tenure at Cytochroma and OPKO Health, Dr. White oversaw all aspects of the CMC and non-clinical programs for Rayaldee® extended-release capsules, which were approved by the FDA in 2016 for treatment of Secondary-Hyperparathyroidism in Stage 3 & 4 Chronic Kidney disease patients with Vitamin D deficiency.

Dr. White holds a B.Sc. in Biology from McMaster University and earned his Ph.D. in Pathology from Queen’s University. 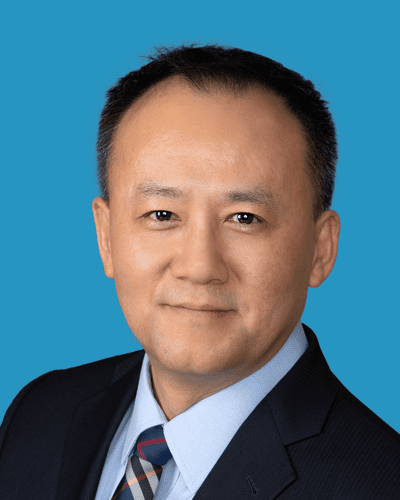 David Kim serves as the Senior Director of Clinical Operations at Emalex Biosciences. He is responsible for managing all operational aspects of the clinical development program.

Mr. Kim has over 27 years of experience in the pharmaceutical industry, beginning his career at Abbott Laboratories as a scientist. Previously, he served as Associate Director at Takeda, where he led the Clinical team in submission of New Drug Applications (NDAs). He also served as a Director of Clinical Operations at Baxter, where he led the formation of the Clinical Operations team in their Deerfield, IL and Beltsville, MD offices. He served the last seven years as Director of Project Management and Director of Clinical Trial Management at ICON Clinical Research in rare diseases, anti-infectives and oncology therapeutic areas.

Mr. Kim holds a Bachelor of Science degree from the University of Illinois at Urbana-Champaign. 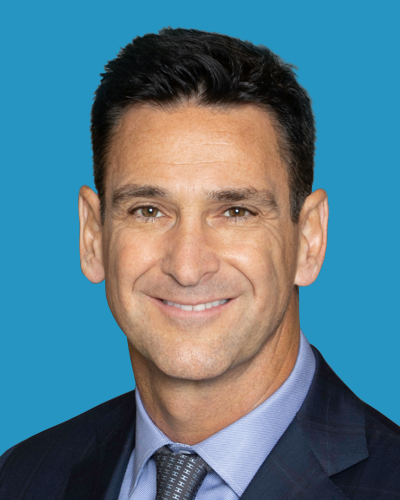 Jeffrey S. Aronin has decades of experience developing innovative global biotech and health care companies. His keen ability to identify ideas and scientific innovations with the highest potential to change lives and improve the world has made Mr. Aronin one of the most impactful and successful leaders in the life science sector. As an entrepreneur and scientific visionary, with a focus on addressing unmet patient and societal needs, Mr. Aronin has received U.S. Food and Drug Administration (FDA) approval of nearly a dozen new medicines and technologies. His companies are renowned for advancing science, with a record number of breakthroughs helping patients, and economic engines, having created thousands of job opportunities throughout the world.

As founder of Paragon Biosciences, Mr. Aronin serves as its chairman and chief executive officer. Paragon is a life science innovator that creates, invests in, and builds bioscience companies in synthetic biology, artificial intelligence, gene therapy, and biopharmaceuticals.  Paragon Biosciences founded Castle Creek Biosciences, Emalex Biosciences, Evozyne, Harmony Biosciences, Qlarity Imaging, and Skyline Biosciences, and maintains a consistent flow of incubating companies created and supported by the Paragon Innovation Capital™ model. Since 2017, Paragon and its partners have invested or committed to invest more than $1 billion in its portfolio companies and expects ongoing investments of up to $500 million annually to address unmet need through life science breakthroughs.

Throughout his career, Mr. Aronin has received numerous distinctions and honors for his entrepreneurship and dedication to life sciences. In 2020, he was named as one of the Top 10 Inspiring CEOs by Insights Success magazine. In 2018, he was named Innovator of the Year by Best in Biz Awards for his lifelong commitment to developing medicines for severe diseases. That same year, Insights Care named Mr. Aronin one of the 20 Most Influential Leaders in Healthcare. He was awarded the Weizmann Leadership Award in recognition of his work to improve patients’ lives through advancements in science and technology and was presented with the Frederic A. Gibbs Discovery Award by the Brain Research Foundation. Mr. Aronin has been inducted into the Chicago Entrepreneur Hall of Fame and was also honored with the EY Entrepreneur of the Year Award.

Outside of Paragon, Mr. Aronin devotes his talents to civic and philanthropic endeavors. As founder and co-chairman of MATTER – a health-technology startup incubator – Mr. Aronin has led one of Chicago’s most remarkable, philanthropic venture-innovation successes, with more than 200 healthcare companies at any one time, more than 60 corporate sponsors, and more than $1 billion in deals since 2015. He is a member of The Commercial Club of Chicago and serves on several corporate and civic boards including Discover Financial Services and The Aspen Institute. As a believer in education as a change agent, Mr. Aronin serves as a mentor to students and young professionals and is a frequent lecturer at the University of Chicago’s Booth School of Business and Northwestern University’s Kellogg School of Business. 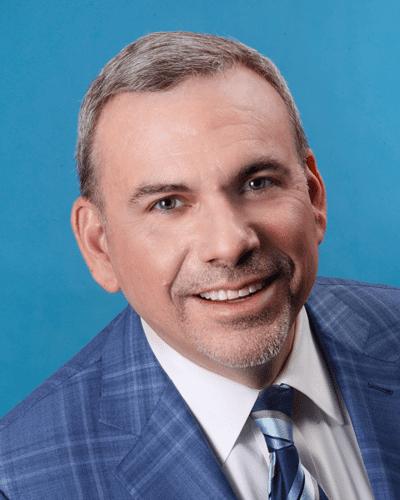 Tim Cunniff leads the Emalex Clinical Advisory Board and serves as Executive Vice President of Research & Development at Paragon Biosciences. He oversees all scientific and regulatory matters associated with new product development, approval, and maintenance, across portfolio companies as needed. He is also a Clinical Instructor of Pharmacy at the University of Michigan College of Pharmacy.

Dr. Cunniff has nearly 30 years of experience in clinical development, pharmacovigilance, quality assurance and regulatory affairs. Previously, he served as Executive Vice President of Research & Development at Marathon Pharmaceuticals. He also served as Vice President of Global Regulatory Affairs at Lundbeck/Ovation Pharmaceuticals, as well as Interim President at Lundbeck. Prior, Dr. Cunniff was Senior Director of Regulatory Affairs at Abbott Laboratories, Agouron/Pfizer, and Warner-Lambert/Parke-Davis. He is also a Member of the Dean’s Advisory Board at the University of Michigan College of Pharmacy and a past advisor at Aquarius Biotechnologies.

Dr. Cunniff holds a Doctor of Pharmacy degree from University of Michigan College of Pharmacy. 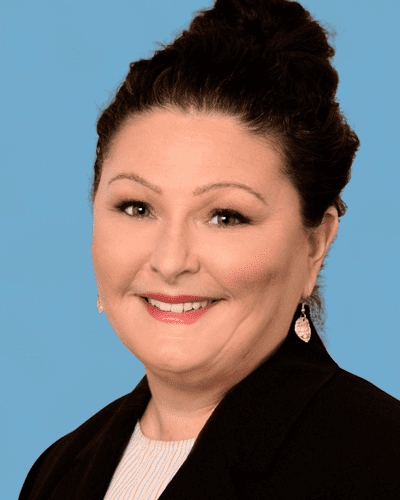 Jenny Swalec serves as Vice President of Regulatory Affairs at Paragon Biosciences, where she is responsible for regulatory submissions and interactions with global health authorities, across portfolio companies as needed.

Ms. Swalec earned her bachelor’s degree from Eastern Michigan University in both biology and chemistry. 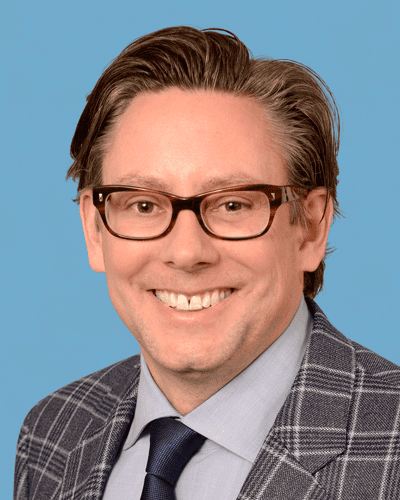 Dr. Wanaski brings a wealth of experience to Paragon including orphan drug development of small and large molecules from discovery through late stage clinical studies and approval.

Previously, Dr. Wanaski served as Vice President of Research & Exploratory Development at Castle Creek Pharmaceuticals, a Paragon portfolio company. He held the same role at Marathon Pharmaceuticals playing an integral role in the development and FDA approval of Emflaza® for the treatment of Duchenne muscular dystrophy. Prior to Marathon, Dr. Wanaski was VP, Research & Development at NeuroTherapeutics Pharma and led scientific and drug discovery efforts of the "virtual" Series A funded company into clinical development and helped to secure over $43MM in Series B venture investment. He led preclinical and clinical pharmacology development at Ovation Pharmaceuticals (acquired by Lundbeck) and was responsible for late-stage NDA-enabling activities for four, first-cycle NDA approvals in various CNS indications (Sabril® for treatment of refractory complex partial seizures and infantile spasms, Onfi® for the treatment of Lennox-Gastaut syndrome, and Carnexiv® as intravenous replacement therapy for oral carbamazepine). He also worked at an oncology-based biotech company, NeoPharm, across various departments with responsibilities ranging from drug formulations and bioanalytical to translational medicine and biomarker development.

Scroll back to top